History of our wine and cavas cellar in Espiells (Barcelona)

Can Llopart de les Alzines, an estate dating back to 1499, surrounded by the vines, which produce our grapes, was the location chosen to build the Vins El Cep winery. The Carreras, Esteve, Masana and Parera families had already forged links in past times, which went far beyond being good neighbours and friends. They all had long experience in agriculture and in their families’ winemaking tradition.

In 1980, we embarked on a project to produce wines and cavas that endeavour to represent the identity of our terroirs. Nowadays, these lands are cultivated in line with the principles of organic and biodynamic wine growing, in which land, plants, animals and man work together to improve and preserve the ecosystem’s natural balance.

The 1970s saw the end of an era in the world of wine production: the production process was modernised, the cava sector experienced strong growth and the Penedès D.O. flourished. New times called for new practices. These new practices required new facilities. A new philosophy. And a new generation that must rise to the new challenges.

Gil Masana, Josep Carreras, Pere Parera and Josep Esteve are members of families with deep-rooted agricultural traditions. These neighbours and friends decided to become business partners. They therefore combined their forces, land and know-how in order to embark on a risky, yet exciting venture together.

In the 80s, with clear ideas about what they wanted to achieve and the necessary drive, they founded Vins El Cep. The backbone of this project was, and always will be, these four friends who combined their passion, knowledge, and love for their land, and who have made the business what it is today. They had the grapes and over time, they managed to refine both the vineyards and the winery, to obtain high quality, expressive wines.

Timeline of our story

First written documents about viticulture in our estates 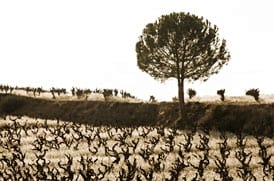 Can Llopart de les Alzines, an estate dating from 1499, was the place chosen to build the winery of Vins El Cep. 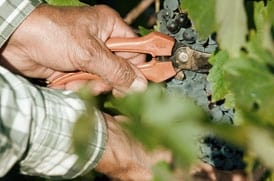 We are committed to respect for the people, the land and the vineyard of our territory.

The concern to continue improving at all levels makes us take a step further: to apply biodynamic agriculture. 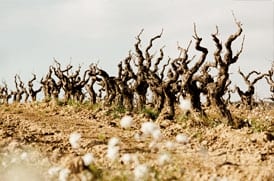 The first cava made according to the principles of biodynamic agriculture. 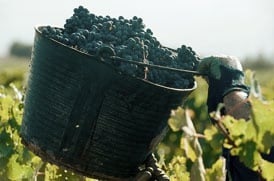 We are a sustainable, responsible and efficient winery.

Can Prats, located in Sant Llorenç d’Hortons, dates back to 1393, but the estate and the masia (farmhouse) was named after Joan Prats, in 1568. Today, following in the footsteps of many generations, the owner, and one of the founders of Vins El Cep, is Josep Carreras. His daughter, Pilar, has now taken over and runs the vineyards.

This masia was founded in 1501 and named after Jaume Simon in 1673. Many of the Esteve family’s vineyards are located in Can Simon, which is in Sant Llorenç d’Hortons, but others are found in Can Farraguet and Can Prats. Josep Esteve, another of the founders of Vins El Cep, gave continuity to the wine growing legacy but also boosted growth.

The winery is currently managed by his daughter, Maite Esteve.

Set in the municipality of Gelida, Can Castany was founded in 1448 but was named by Felip Castany in 1513. Today, it is owned by the Masana family and its vines are among the oldest in this area. Gil Masana, one of the founders of Vins El Cep, has dedicated his life to caring for and cultivating these lands with the passion and wisdom that come with the passing of the years. Today, his daughters, Mercè and Montse, keep his legacy alive.

The Can Miquel de les Planes masia (farmhouse), located in Gelida, was founded in 1513 by Joan Miquel de les Planes. Twenty generations later, Pere Parera is the owner, following in the footsteps of his grandfather and father. One of the founders of Vins El Cep, he has dedicated his life to working his land and has become a pioneer in biodynamic wine growing in the Penedès region.